END_OF_DOCUMENT_TOKEN_TO_BE_REPLACED

COVID-19 is dreadfully spreading throughout the world, hospitalizing more than 3,100,000 people and taking the lives of more than 200,000 patients as of April 29, according to Johns Hopkins University. It is no exceptions here in Tokyo.

The virus is forcing all people in the world to change their lifestyles. Many have been grounded for months. Essential workers, such as doctors, healthcare workers, firefighters, law enforcement officers, supermarket clerks, garbage collectors, delivery servicepersons, and staff involved in public transportation, work outside facing the fear of infection.

I’ve been staying at my house in Tokyo for almost two months. Although the confirmed cases and the death toll in Japan are lower than those in the United States, there are hundreds of cases tested positive and dozens of casualties every day. People are requested to refrain from non-essential journeys and maintain proper social distancing like the US and other countries to avoid causing overshooting of patients. These days I work from home, watch TV, surf the internet, read e-books, have meals delivered at the door, eat them, and sleep in the bed.

Nobody knows when this inconvenience ends. Some say that it will take 18 months for everything to get back to normal. Others say that it will never return to what it was before the outbreak. Since public health specialists say that the situation in Tokyo is three weeks behind that in New York City, the Metropolitan Government will probably lift the de facto lockdown no sooner than three weeks after NYC. As of today, no countries reopened business yet.

I’m at home all day long, unless I buy foods at the grocery store or wash my laundry at the laundromat. I have much more time to think about what the world will become in forthcoming years. Here’s what I think the world will change:

END_OF_DOCUMENT_TOKEN_TO_BE_REPLACED

Visiting US military bases is fun for me. The US Army, US Navy, US Air Force and US Marine Corps use 75 facilities within Japan and Okinawa, 51 of which are dedicated and the rest 24 shared with Japan Self Defense Force. Though those facilities are usually closed to civilians, they are open to residents around them once or twice a year, and you can get inside the military places during these festivals.

Visiting those facilities is one of the few occasions to get in touch with the United States. You can eat American-made hamburgers, hot dogs, steaks, turkey legs, and other American foods. You can pay foods, sodas, beer, sweets, and souvenirs with US dollars. You can talk to Americans in English. And, you can find out how average Americans live their daily life. What kind of groceries do they buy? What kind of foods do they eat? What kind of newspapers do they read? What kind of school do they make their children attend? You can catch a glimpse of those things without flying more than 12 hours to get to mainland America.

I have visited US bases and facilities in Japan and Okinawa for more than 15 years. With respect to what I have experienced, I’m grading each of these out of 5 by categories of accessibility, smoothness of entry and exit, freedom of movement, and availability of on-base building. 5 is the most excellent, and 0 the worst.

END_OF_DOCUMENT_TOKEN_TO_BE_REPLACED

According to Wikipedia, “Yurie Omi (born July 27, 1988) is a Japanese female announcer, television reporter, television personality, and news anchor for NHK. Omi is one of the hosts of NHK morning news show NHK News Ohayō Nippon. She is also the co-host of NHK television series Bura Tamori aired from April 2016.”

I’ve been a big fan of Yurie Omi since the beginning of this year when I sat in front of the TV by chance at my parents’ house and watched her for the first time in Bura Tamori (I had rarely seen it before, though). This program is a travel show where NHK’s broadcaster strolls Japan’s particular town or area with Tamori, one of Japan’s renowned TV personalities, and a geophysicist, a local historian, or a curator, to investigate the place’s topics such as terrain features, history, culture, and civil engineering.

Why do I think she is so attractive? I think the reason is three-fold. Firstly, she sometimes shows goofy behavior in her TV programs, although she is actually very smart and good-looking. She wore her dress back to front in the news show. In Bura Tamori, she read the thermometer incorrectly. (She said the temperature of hot spring water was 940 degrees Celcius while it really pointed 94.0 degrees.) Such slight weaknesses mean imperfection, which is what Japanese people value in tradition. This mentality makes the Japanese regard her weaknesses as charming. Secondly, she acts or speaks less highhandedly than average so-called “joshi-ana” and TV personalities. They often show off, but she doesn’t. They often speak aggressively, but she never does it. Her attitude like this gives a favorable impression to many Japanese viewers. Thirdly, most of her personality looks so similar to mine that I find something congenial in her. I don’t think she is such a personality that is good at thinking on her feet and speaking off the cuff with a ready wit. Rather, she looks genuine, and she can only do diligently what she has to do with simple honesty. Such characteristics are just like mine.

For those reasons, I got fascinated by her. I watch every TV program she appears in. I get up at five in the morning on weekdays to watch NHK’s morning news show she hosts. In Saturday evening I watch Bura Tamori to see her traveling with Tamori.

In addition to watching her on TV, I had a chance to see her with the naked eye. One day I got the information that she was going to hold a lecture presentation at Nagoya on September 30 and was requesting for audience. I applied for it because it might be my once-in-a-lifetime chance to meet her up.

END_OF_DOCUMENT_TOKEN_TO_BE_REPLACED

Though it was almost half a year ago, I visited Wakkanai, the northernmost end of Hokkaido. Since it was the beginning of January this year, it was extremely cold outside with plenty of snow and the streets were very slippery.

Wakkanai is deeply related to Russia, since this city is just 40 kilometers away from the southern end of Sakhalin. When Sakhalin was part of Japan in the beginning of the 20th century, the city of Wakkanai played an important role in connecting to ports of Sakhalin by ferry.

Defense is also important since it is very close to the border and there is such a risk to let illegal immigrants in and to let foreign ships invade this town.

Wakkanai is one of Japan’s cities symbolizing tragedy of the WWII. When the USSR began invasion to the southern half of the Sakhalin Island after Japan’s surrender in August 1945, nine young women were working at a telephone exchange in the island. They were encouraged to escape from the island to flee to Hokkaido as it was going to be a dangerous place very soon. They refused to do it and chose to stay there because they wanted to do their job until the last time. At the time when Soviet Union’s soldiers came to where they worked, they took their lives as they didn’t want to be captured and molested by the soldiers. The memorial monument for them is build on the hill of Wakkanai city. I was eager to see this monument, but I couldn’t do it since the hill was closed due to the heavy winter snow.

With one more day I could’ve visited the Cape Soya and see the Sakhalin Island over the Soya Channel. This would be a good reason for me to visit Wakkanai again this summer.

I think it’s too late to write this entry, but I visited Portland and Boothbay Harbor, Maine in this September. I watched a musical play Carousel at Kokugakuin Tochigi High School performed by its musical club a few weeks before. Carousel is a musical that features a love story of a young girl and a barker in Maine, filmed in 1956. That inspired me to visit this state and, if I could, eat some lobsters and clambakes. 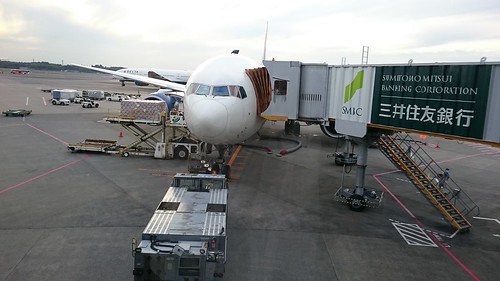