(Continued from A stroll in Haworth)

On the third day I checked out of the Heathfield B&B in the rainy morning. Since it was a weekday, Keighley Worth & Valley Railway was out of service. The mistress took me to the nearest bus stop on Rawdon Road and told me to wait there for the bus for Keighley.

While waiting for the bus, an old lady talked to me. She asked me where I was going. I answered that I was going to London. Another lady joined us, and they and I talked a bit until the bus was coming.

In the bus I sit on the upper front seat and the ladies stayed downstairs. Arriving at Keighley bus terminus, I got out of the bus. The train station was a bit distant from the terminus, so I didn’t know how to get there.

Then the lady who had talked to me first at the Rawdon Road bus stop found me standing there, and told me to follow her to the train station as she was just going for shopping near there. How kind of her! With her help I could get to the Keighley train station. 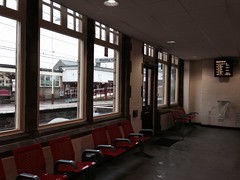 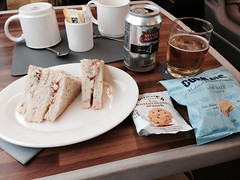 I took the local train to Leeds, where I changed trains to King’s Cross.

I arrived at Somerset Hotel in the afternoon. This hotel was in Marylebone, near Baker Street underground station. It was probably what had been renovated from a former townhouse owned by a nobleman. It didn’t have any standing-out signs outside showing to be a hotel, so it was very hard to find it. 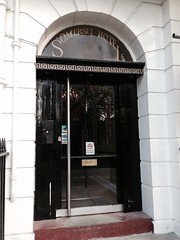 Getting into the hotel, I rang a bell on the reception desk. A receptionist looking like an Indian or a West Asian came in, and made a check-in process in a businesslike manner. He told me to go up to the guestroom on the second floor using stairs as it didn’t have any lifts.

The guestroom was too narrow to spread the luggage. It had only one bed and a simple telly was put to one end of the bed. In the bathroom were only a toilet bowl, a washbasin and a shower head, with no shampoo or hair conditioner but a cake of soap. This must be London, not any place in a developing country! 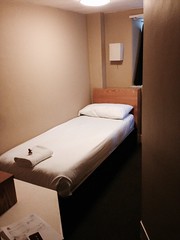 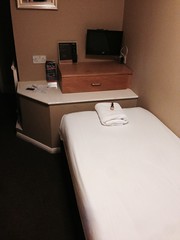 Having got nothing I could do in such a miserable hotel room, I got out of it to stroll around the streets of London. 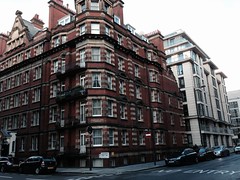 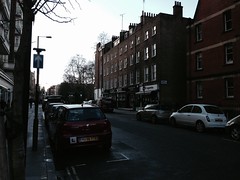 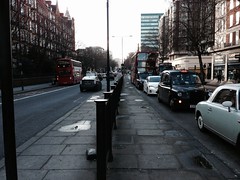 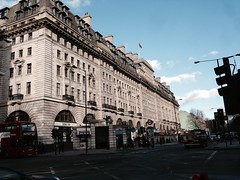 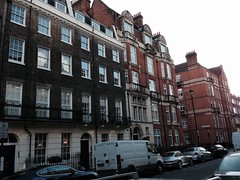 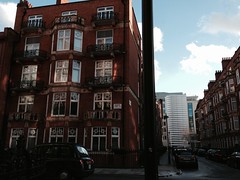 I think that an atmosphere of London is very similar to that of Tokyo. The width of the streets were almost the same. Cars with a similar size ran on the left side of the road as cars in Japan did. People walked on the street at the same speed. I didn’t feel anything was wrong with London. I think I could live there, while I couldn’t live in the US, where many things are quite different.

That being said, the hidden power of that city seemed to be totally different from that of Tokyo. Mayfair, for example, was said to be home to people of upper class, secretly controlling the money markets all over the world, including the City, Wall Street of New York, Hong Kong, Singapore and more, though Mayfair looked comparably quiet. There were no bankers or real estate agents showing off around there, but Mayfair looked unearthly all the more because of such quietness, for in fact it has the power of life and death over world’s capitalists and investors. 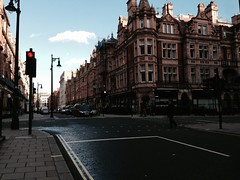 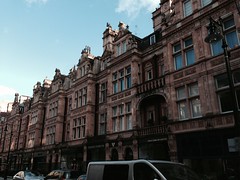 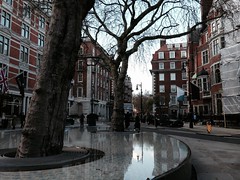 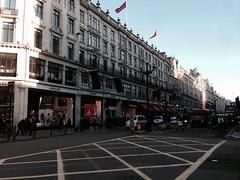 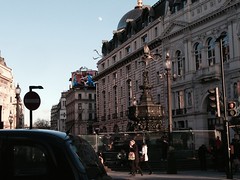 Everything in Piccadilly Circus was bright. It was just like a scramble junction of Shibuya.

I got on Tube from Piccadilly Circus to Tottenham Court Road, hopped some stores for shopping, and went to Covent Garden, which was one of London’s must-see places as well. I expected to see the stalls selling flowers in that place, but most stalls inside were already closed as I came there too late. 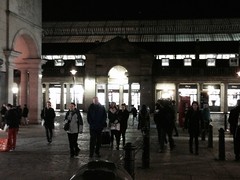 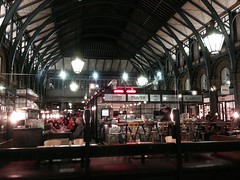 I found actors performing a short opera at the wellhole of Covent Garden. I thought it was interesting so I was watching the play from upstairs with several other spectators. Then an old woman came to us with a donation box to collect donations from us. I put a ten-pence coin into the box, and then she smiled at me saying, “Thank you.”

I had dinner at a pub in Covent Garden. I ordered a pint of beer and fish and chips and paid cash for both. A waitress gave me just the beer, and asked me to get back to my table and wait for the fish and chips there since it would take a while to get prepared. After a short time, she brought me a bowl full of chips only. I began eating the chips and waited for fish, thinking that it was one of British manners and fish would be served later separately in that pub. After a while, another waitress rushed to me and asked me, “Have you already eaten the chips?”
“Yes, ” I answered.
“OMG! This is not for you. I guess another waitress brought it to you by mistake.” She immediately took the bowl off the table apoligising me, and served a dish of fish and chips instead. It was just the same as what I always saw in British pubs in Japan, with fried cod, chips and vegetables in one dish. 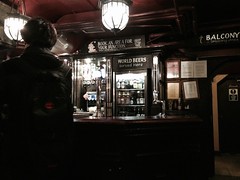 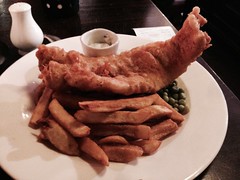 Next morning I checked out of the hotel, went to Paddington by Tube with many commuters, and took Heathrow Express bound for Heathrow Airport. At Terminal 3, I got off the train and went to the check-in counter of Virgin Atlantic since I had a single air ticket from London to Narita redeemed from VA’s frequent flyer programme. The check-in process was done very briefly. There was no passport controls for getting out of the UK.

After clearing the security check, there were restaurants and duty free shops including an electric appliance store, where I got a MacBook Air with a keyboard of British layout. 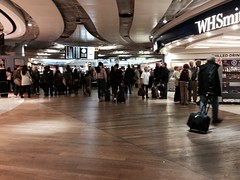 I ate heavy English breakfast again at a restaurant. It was the last meal in the UK. 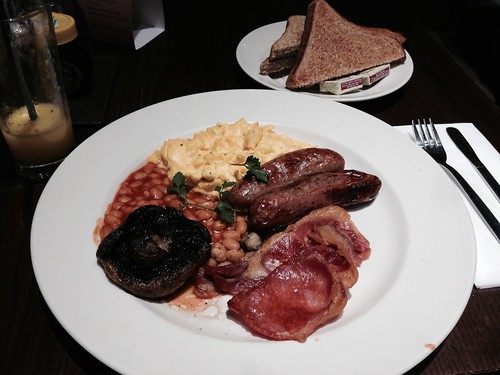 Boarding time coming, I moved to the boarding gate. There were Japanese high school students coming for a school trip. 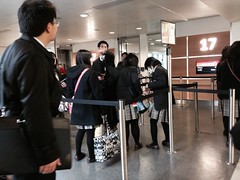 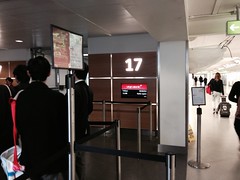 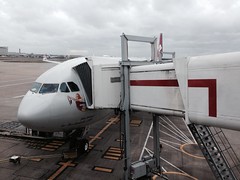 I felt that an atmosphere of the returning flight being just like that of a Japanese airline, as most flight attendants were Japanese and many passengers were Japanese travellers. However, flight attendant’s quality was quite different from that of ANA or Japan Airlines. When I sat on the seat covering my legs with the blanket and fastening the seat belt over it, a flight attendant came to me and she told me to take off the blanket saying that it was the rule of that airline. I found that, though there was a security information brochure in other passengers’ seat pockets, it wasn’t in mine. When I told her that and asked her to bring one for me, then she gave me a curt reply, “I’ll do it shortly.” She never did it to the end, probably forgetting it.

Anyway, the trip to the UK was very fruitful for me in many ways. I know that the UK seems to be now less powerful than the United States, China or Asian rising countries. Still, I do believe that this country has a great deal of experiences—the knowledge stored by such countries with long history that already passed their peaks and are now on the decline. It would be what Japan and Japanese people have to learn in future.